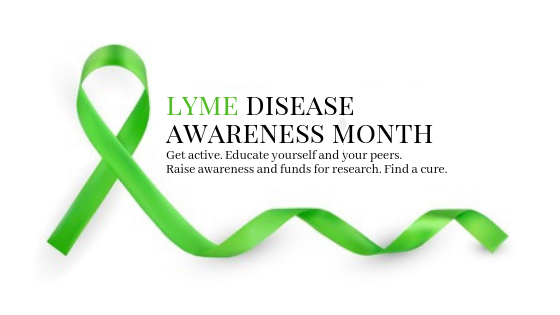 Did you know that less than 30% of those diagnosed with Lyme Disease recall being bitten by a tick? Some ticks are so small, their bite is not only painless, but they can physically go undetected for days on end. What they lack in size, however, they make up for in the debilitating effects the bacteria transmitted through their bite can have on most major organs in your body. With no knowledge of the bite and lack of accurate testing, understanding, and general awareness of Lyme Disease, many patients are often misdiagnosed with Chronic Fatigue Syndrome, Multiple Sclerosis, Alzheimer’s, Rheumatoid Arthritis and various other conditions.

As we celebrate Lyme Disease Awareness Month throughout May, we encourage you to educate yourself and your peers about Lyme Disease, its cause and effects, and the steps that can be taken to prevent it.

What is Lyme Disease and how is it caused?

Lyme Disease is a potentially life-altering tickborne illness the affects roughly 300,000 Americans each year. While there are roughly 899 species of ticks in the world and 90 throughout the U.S., only a few are known to cause Lyme Disease in American humans and pets, depending where you’re located: the deer tick, the western black-legged tick, and the lone star tick. Once a tick attaches to its host, it transmits a corkscrew-shaped bacteria called Borrelia burgdorferi through its bite. The longer the tick is left undisturbed, the more likely the disease will be spread through the bloodstream to multiple organs, including the heart, brain, and nervous system.

Lyme Disease is frequently referred to as “The Great Imitator” because its symptoms mirror those of other diseases—hence why many people are often misdiagnosed. The symptoms can be broken down into two stages: early-stage and late-stage. 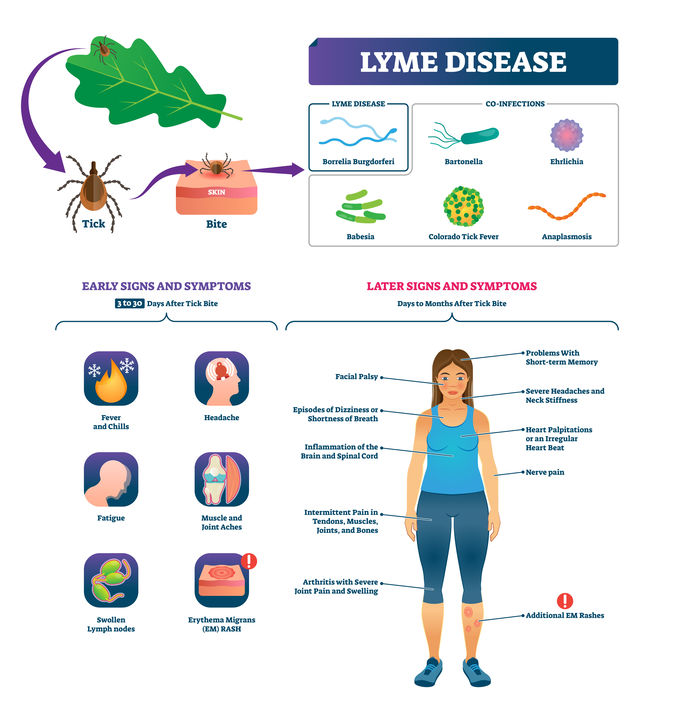 Of course, these are just some of the symptoms associated with Lyme Disease. While various indicators can be noted in both early-stage and late-stage Lyme Disease, the intensity is much greater as time goes on without proper diagnosis and treatment. To help you keep track of your symptoms, LymeDisease.org offers this useful Lyme Disease Symptoms Checklist that can be filled out and shared with your physician. 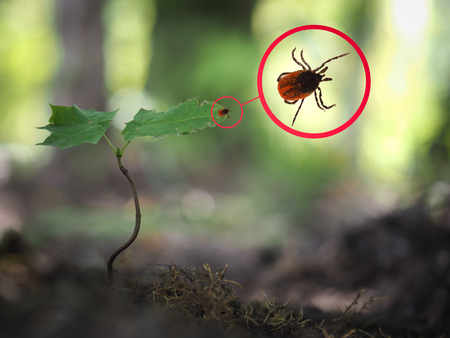 The best protection against Lyme Disease is awareness. For starters, be aware of where ticks are more active. If you’re someone who enjoys hiking through the woods and being outdoors, be conscious of the fact that ticks are usually found in the grass, on bushes, and perched against fallen logs. Because of this, you should try to keep yourself covered up as much as possible. Wear long pants and long-sleeved shirts in lighter colors, so it will be more noticeable if a tick lands on your clothing. If you have long hair, tie it back and put on a hat to prevent ticks from hitching a ride on your locks.

It’s also recommended that you use some sort of tick repellent, especially on skin that may be left exposed. The EPA makes it easy to find one they deem potent enough to repel ticks here.

Once you get home, put all of your worn clothes through a hot dryer (yes, before you wash them) to kill any ticks you may not have caught, then hop right into the shower. 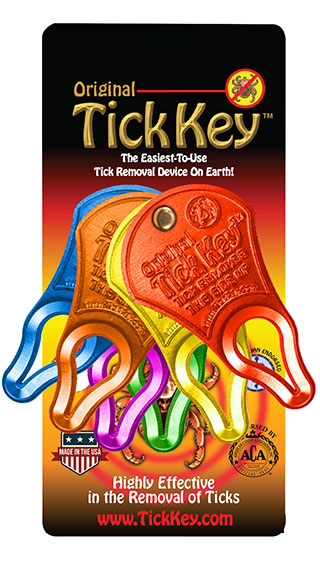 If a tick does happen to latch itself onto your skin, or the skin of a pet or loved one, don’t panic. Just make sure that you always have your Original TickKey™ device handy. The faster and more effectively you are able to remove a tick from the skin, the lower your risk will be of developing Lyme Disease. Trying to remove a tick with your hands is never recommended, and tweezers leave no guarantee you will be able to remove the entire tick, head and all.

The Original TickKey™ tick removal device is quick, painless, and easy to use. It’s small enough to carry with you on a key ring and gives you peace of mind knowing you will always be prepared in the event of a tick bite. If you’re planning to spend time outdoors, never leave home without it!

At TickKey International, we’re passionate about Lyme Disease Awareness Month because we understand how devastating the effects can be. Having suffered from Lyme Disease herself, our owner, Donna Lucente, believes that having access to the right tools and information can make a world of difference in preventing the spread of this disease, and we are proud to offer a product that contributes to those efforts.

For more information about Lyme Disease awareness and prevention, how the Original TickKey™ device works, and where you can purchase one of your own, contact TickKey International today.